As a kid, I always had my nose in a book. The stories I devoured were mostly fantasy novels, then later in my teen years, thriller/ghost stories (RL Stine, anyone?). It was entertainment. It was an escape. It was wonderful.

I wanted to be a writer when I grew up. Not just any writer, I wanted to be a fantasy novelist. I wanted to create wonderful magical worlds for kids like me. I liked the idea of making up a world and its inhabitants from nothing. It was a potent and powerful concept and desire that still influences me to this day.

I wrote a lot of short stories. I thought I was a good writer too – well, maybe not good, but at least not shitty. I even started writing a fantasy novel at the age of 12. It was never finished, obviously, but I still have my notes, the outline, and the manuscript. Maybe I’ll finish it one day.

In high school, English class sucked. English class was not fiction writing class. It was grammar class; it was analyzing and reanalyzing the hell out of literature written centuries ago that I didn’t give a shit about. The teacher was a humorless beast of a woman and I and the class was terrified of her. English class was boring, it was actual work, and I hated it.

In college, I somehow got it in my head that I could finally write for fun! After all, this is where one goes to learn one’s profession, right? I was happy and excited.

My first writing assignment in college was not in an English class; it was for a required elective class about some sociology thing or another. The class was asked to write an essay on some article we read. I didn’t particularly enjoy it, but I didn’t mind it either, so I wrote it and I thought I did well. My TA thought otherwise. She tore my poor little essay a new asshole.

My childhood dream had died. It stayed quite dead for a while too.

But… about three weeks ago, I stumbled something called NaNoWriMo. I forgot how I found it, but I do remember it being unrelated to whatever I was looking for. Someone mentioned it somewhere (Twitter perhaps?) and the acronyms caught my eye and I really wanted to know what the hell NaNoWriMo stood for.

I found that NaNoWriMo stands for National Novel Writing Month. Its premise is for the participants to write a 50k novel in the month of november. That deep dark place my childhood resided in got quite excited. The adult side of me thought, “sure why not?” just to shut the childhood part of me up.

Also out of curiosity, I started to read a bunch of blogs about e-publishing on Amazon. Because, lets get real, it’s not like I expected to actually physically publishanything through traditional means.

But from those blogs, I also read about the state of the publishing industry (of which, shit has hit the fan) as well as tips on novel writing in general. One such blog that helped open my eyes was Dean Wesley Smith‘s, in particular the posts in his Killing the Sacred Cows of Publishing series. Here is my one sentence summary:

Readers don’t generally care about the nit picky grammar the same way my English teacher or that horrible TA cares about (unless it’s really horrible, obviously), they care about the storytelling.

So I’m going to do it. I will write a novel. I will work on my storytelling. I will get better.

It’s been about 4 years since I’ve taken a real vacation, but that will change this year. The family and I have booked a trip to Puerto Rico due in October. In my excitement, I checked the weather to find a hurricane over the island.

Nevertheless, I am still optimistic and I hope, nay, expect that mother nature will behave during my vacation. Yes, I am aware that October is in the middle of the hurricane season. Optimism, I said!

There will be beaches, booze, casinos, forts, museums, food, and all sorts of awesome to explore, but I am most excited about being able to relax, catch up on my reading, and work on my NaNoWriMo project. It’s like a dream come true.

I know it’s been a while since the last post. I’ve just been too lazy to take pictures and post it up.

I am still folding paper and cutting them to make my own square paper to fold. When you’re in this situation, you’ll be more likely to notice square pieces of paper appearing naturally “in the wild” and you’ll have this weird desire to fold it into something. Here’s what happened after I ate a box of chocolates and found myself a nice square to fold: 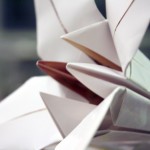 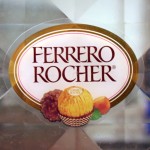 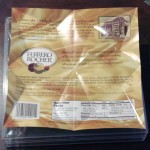 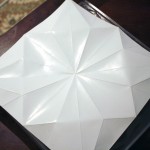 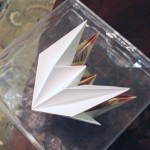 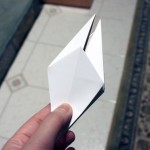 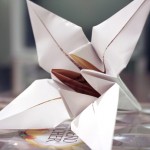 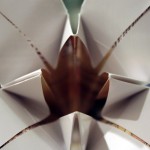 I’ve been meaning to detail a bunch of on-goings, but blogging here is near the bottom of my list compared to everything else. Maybe I’ll write about it later, when time permits.

But in summary, here’s what happened in business and in my personal life:

Not much else going on other than working on the stuff listed above. I work 7 days a week from the moment I wake up to right before bed (smartphone allows me to work in bed). I do take a 2-4 hours off a week to play the Sims 3 though.

Looking back at it, 2010 was definitely a struggle. Since changing focus and priority, things are getting better.

The flowers from this Kusudama ball are all over Etsy. It is kind of annoying and it leads me to believe that it is the only thing people on Etsy know how to fold. Sure, there are a few that fold different flowers, but these Kusudama flowers comprise of 80% of the origami listings there. I personally don’t think the flower by itself is all that attractive, though having it in ball form is very cool. (Then again, I think all Kusudama balls are pretty awesome in general) 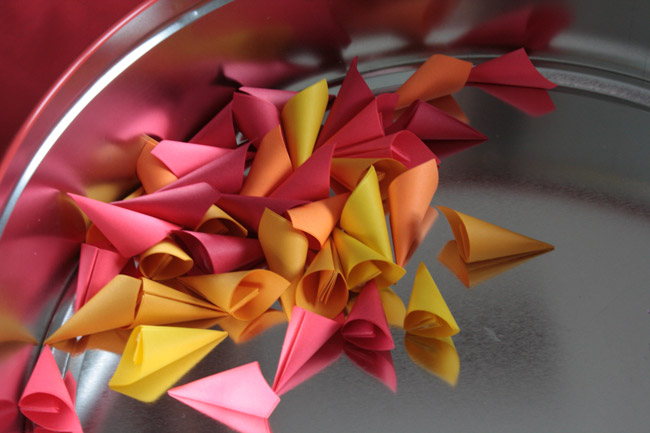 It’s not difficult to make. It’s just kind of tedious to put together. The ball has 12 kasudama flowers, where each includes 5 pieces of paper per flower. In total, it required 60 pieces of paper to make this flower ball. I broke the folding and assembly process into two days.

I’m working through Fabulous Origami Boxes by order, so first up are the bowls. They are pretty easy to fold, but I had a bit of trouble trying to figure out the diagrams.

I folded two versions of each. One being the trial version just to get the hang of things and the second version was the final version with the least amount of creases possible for presentation. 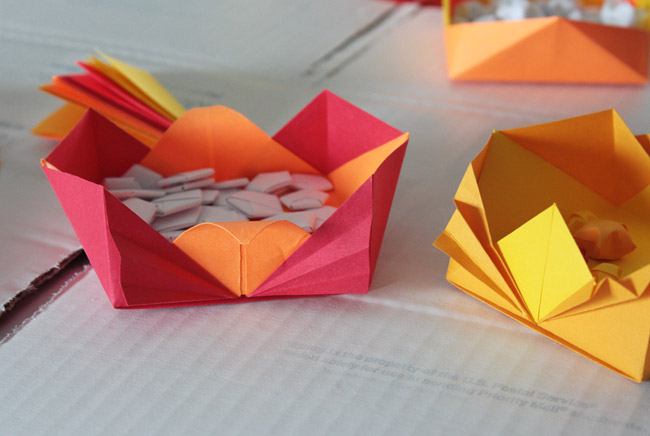 Yes, there are lucky stars in the bowls. I figured I ought to fill it with something, right?

The bowls are created using two pieces of paper. One was used for the shell and the other piece was a liner of sorts. There are a few bowls or vessel pieces that includes minor variations of the first one.

The bowls were kind of *blah* when they were combined as is, but using double sided tape to align and affix the paper together made it look better. I’m assuming if my paper were actually square, that I wouldn’t have this problem. 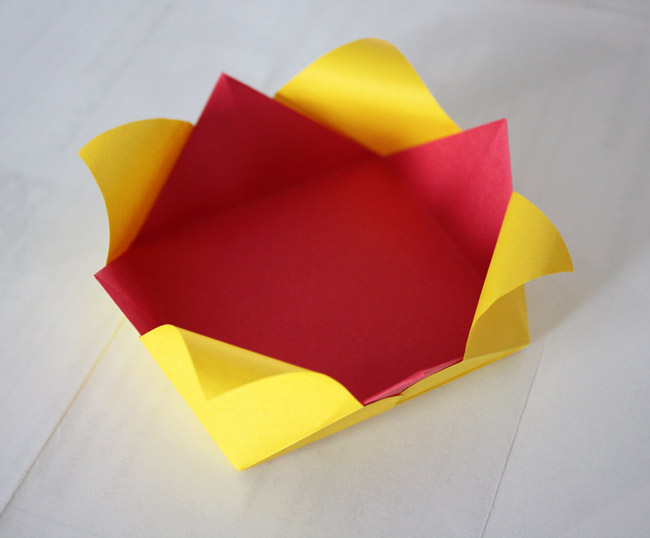 In some cases, I snazzed up some of the parts to make it look a little nicer. Looks like a tulip, no? 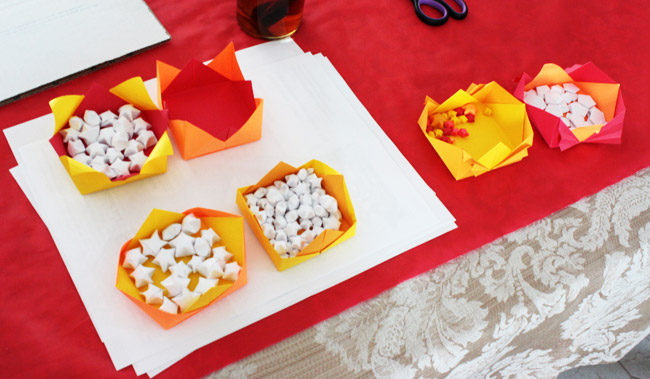 All in all, the bowls are pretty easy to fold and are pretty useful in holding, um, more origami in.

Actual boxes to come next.

Yeah, its been a while. I do have a bunch of pictures and junk that I had since a month ago and have been meaning to post up, so here we go.

I started working on the Fabulous Origami Boxes by Tomoko Fuse and I really didn’t want to use my nicer more expensive papers, especially for the trial folds. I wanted nice colorful paper and stopped by Staples to grab a ream of their brights. It was on sale (after rebate), so I spent about $3.5 for the whole thing, including tax.

You do get what you pay for so, the problem with cheapo paper is that the corners are not square. So now, I’m going to have to look into getting a paper cutter. Maybe I’ll do a cost comparison post on them in the future.

In the meantime, I’m just cutting my squares out by hand and its not perfect by any means, but its good enough for my future experimenting.

Warning: you will see a lot of these colors in the coming posts.

So I have a bunch of origami books. The first book I’ll be tackling is Fabulous Origami Boxes by Tomoko Fuse. Its a nice book to flip through with all the purdy, colorful pictures.

I’m a little (a lot) jealous. The papers used as demonstration in the book is beautiful and probably really expensive. In my case, I’ll be using a ream of the cheapo paper I bought from staples as I follow along with this book. This should be fun.

Pictures and stuff will be forthcoming.

I’m probably going to sell the stars in jars for the Japan relief effort. I opened up a Storenvy shop in anticipation of it too. I spent a good few hours working on the CSS there so that the shop can match the blog somewhat.

And yes, I have 2 bag full of mini cranes. There are about 1k in each bag. 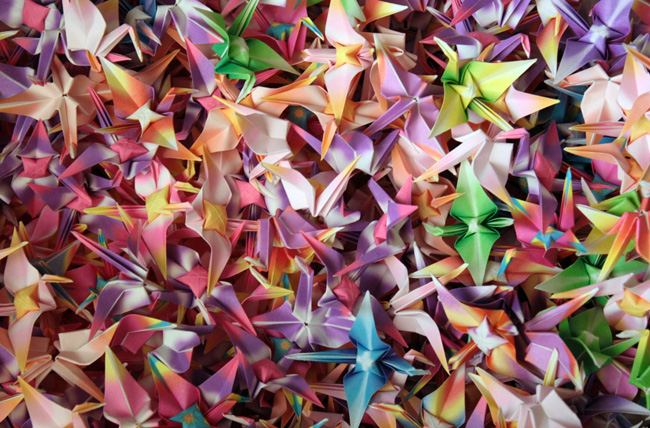 I want to hold on to the mini cranes a bit to do something with them. Not sure what yet. Maybe make a colorful mosaic of some sort.