Yep, that’s right. I finally got a new phone after spending 2+ years on the Samsung Galaxy S3. I held out for so long because I wanted to find an acceptable (to me) Android replacement. I rely on Google products too much to move to an iPhone.  I kind of (really) hate Samsung so I was not going to get the S5 (bleh). The other alternatives were too ugly for me.

I had Sony’s Xperia Z3 on my radar for a while and wanted to hold out for the Z3 Compact version (love the orange chassis!). But since my carrier is Verizon, I had to either get their inferior Z3v for barely anything + contract renewal or pay the full retail price of $530 for the Compact. I am on a family plan so it’s not like I would go to some other service so $530 for a phone is not economical for me. 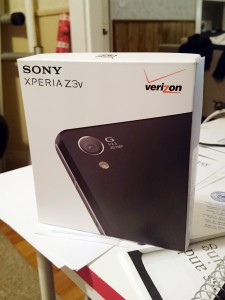 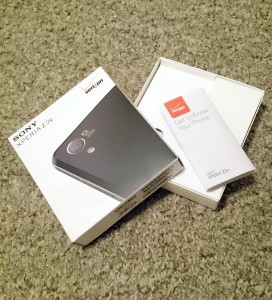 Good job Verizon! I guess they’re cutting costs on the packaging. Whatever.

The Z3v is actually heavier than the Galaxy S3 since it is keeping with the Z2 chassis, not the lighter Z3 chassis. A goddamn shame, really.

I am enjoying using the latest Android version, Kit Kat as opposed to whatever it was that the S3 was stuck on since Verizon wants to develop it to force their crapware on us. I am still undecided on the phone itself. I’m sure I will get used to it eventually. It’s super nice to have a phone with GPS that works though.

Maybe by the time the contract is up again in 2016, there will be more options for Android phones. 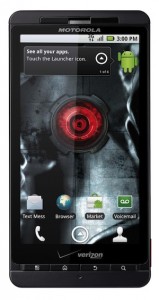 One of the big things that really bothered me as an “internet marketer” was the fact that I didn’t have a smart phone. But there was a reason on why I didn’t get one until now.

At the time, the only real (in my terms, so BBs didn’t count) smart phone was the iPhone with AT&T as the sole carrier. It didn’t help that I abhorred AT&T (bad experiences), where I left them with no intention of going back to them, as shiny as the iPhone may have been tempting me to do so. I like my PHONES to actually be able to take and make calls properly, and my customer service to not treat me like a douche bag, after all.

So after waiting for other phone companies to get in the act and for the smartphone software development to mature some more, I feel that now is the perfect time to get one and I’m pretty excited for it.