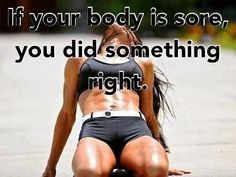 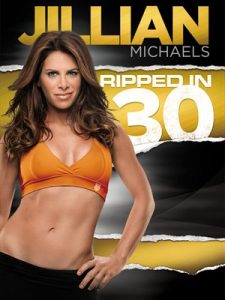 12/9/16: Today was the day I decided to start my pre-workout and get the sore days over with. After 5 years of inactivity, I knew the first workout will destroy me. Okay, not really destroy, but I will be very sore.

I did not want to give myself the chance to use the soreness as an excuse to give up once I started the workout program. This was a crutch I has used in the past to my detriment. I wanted to be ready and to get over this hump before getting serious.

I began with the Ripped in 30 Level 1 without any weights and modified ALL moves because I had zero strength, agility, or coordination. After I finished, I was so shaky and light headed from all the exertion, but I felt exhilarated!

I was so pleased with myself, but on that day I ate 400 calories more than I should have. I went a little overboard during lunch due to free yummy food (sushi!) at a work event. The video maybe burned 200 calories if I am being generous.

12/10/16: Tonight, I did another late work out. I tried level 2 of Ripped in 30 without weights. It went well enough, but I did not review the video prior to starting and kind of muddled through it all. I did get sweaty from the exertion and was still sore from Friday’s workout. Note to self: always review the videos the night before!

I am weak as heck, but I am looking forward to being able to do all of those moves without any trouble in the future though!

Also, this work out made me realize that I need to get a haircut. I have very thick long hair and it is too heavy for a ponytail that flops around and comes loose, especially when I have to do the plyometrics (jump) type moves. Less hair would mean less weight to carry around and hopefully will be easier to maintain.

I originally intended to try Ripped in 30 Level 3, but decided against it as I read that Level 3 of RI30 was particularly hard. I opted to check out Level 1 of the 30 Day Shred instead. 30DS is much more doable for a beginner! I need to work on my push-ups. I do think I can get better at the exercises once I’m about a week into it. I hope!

I am looking forward to not feeling weak all the time.

Unfortunately despite working out, today was not a good food day as I was hanging out at my sister’s house and got heavy handed with the snacks lying around. It’s so much easier during the week when I am following a routine of getting only certain foods at the work cafeteria since I know what to expect. If there’s a wrench in the plans or if I get free food somehow, then out goes any rationality. I need to get better at this.

12/13/16: I wanted to report that I was not as sore yesterday and today it is barely noticeable. It’s kind of nice not to feel sore anymore, but a sort of a bad thing because I like the soreness, or DOMS because it makes me feel alive and not so squishy all the time.

I’ve been ordering a lot of Xmas gifts off Amazon, enough so that I was able to buy the Banish Fat Boost Metabolism and the No More Trouble Zones from the Prime credits when you select slower shipping instead. Super psyched to try them out! Even better was the fact that I got them for free!

Note: Apologies on the backdating. I wanted it to follow some sort of order after the initial post which technically should come after this post, but I needed it to preface what’s to come.